Coming from the South Eastern suburbs of Melbourne Pauly Iovan was one of the early Australian pioneers on YouTube as a partner and entertainer. Often participating in comedic Vlogs and antics he helped to influence an entire social media generation with his incredibly infectious personality.

Approaching the interview was the expectation that there would be many laughs involved, along with a very comedic side as well. What we discovered was that, although he is an entertainer through and through, his work ethic has helped him to progress forward in his craft and in inspiring his fans and viewers.

You may have seen him on YouTube entertaining you and making you laugh, now see another side of him you may not have expected.

As one of the first Aussie YouTube personalities, especially coming from the South East, what would you say helped most to making it this far?

It would’ve definitely been the positive reception of the viewers, I would say it really encouraged me to keep going and kept my mindset positive. I remember receiving an inbox from one kid saying he was quite depressed but after watching a few of my videos he was able to enjoy how goofy I was and have a laugh. He later told me that I was able to help get him through a rough patch he was going through, and that if it wasn’t for being able to laugh and enjoy some of my stuff he wouldn’t be here. It’s those types of things that push you to keep on making more for people.

To top it off as well, I’ll be honest, there were a lot of girls who took interest as well which made it that much easier to keep at it. If you know what I’m saying.

So if you didn’t get into YouTube, what would you be doing instead?

I would be focusing on a serious career in soccer, I used to play five days a weeks with an extra day on the weekends. I put my absolute all into it, focusing on being and doing my best each time.

That was until I was stabbed.

When I was seventeen I was defending a friend from a group assault and as a result I stabbed in the abdomen, leaving me unable to play soccer. So using my down time, which I had a lot of, I allowed my personality to shine through a bit. I guess by following this YouTube journey I was able to turn my worst negative into something positive, but answering your question, if I hadn’t pursued a YouTube partnership I would be playing professional soccer… or at least trying to.

Pauly, you’re known and loved for being funny, on your channel and in person, how did this aspect of your life come to be?

The funniest thing about the entire situation is that I’ve always been that guy, it’s always been like that. I wasn’t putting on an act or trying to, I just let my goofiness out for everyone to have a laugh really. Just one of those things I suppose.

The way I see it, I would rather people be happy and laughing than upset because everyone’s able to benefit from that and once you spread that feeling it becomes infectious for the people around. I think people just experienced that and were able to enjoy it.

What was the most encouraging aspect of your journey?

Definitely the support of my family and knowing that they were proud of me in pursuing something that I enjoyed and was good at. Also, I think one of the biggest things for me was when I received a letter in the mail from Google asking to partner with them on YouTube. It felt incredible to be recognised for the work I was doing.

You’re known for a lot of coined phrases and sayings, definitely one of the most interesting being “Do you root?”. Any words on it?

To be perfectly honest it was completely spontaneous. I mean just imagine the scenario where a police officer approached me saying, “Hey, don’t do those bloody burnouts” and I’d reply with “Don’t worry officer I root, do you root?”. It would be hilarious and everyone would be having a laugh about it too.

It’s funny when you hear people say it on the street and repeat even on statuses, photo comments or just to one another.

I’m not the first person to ever say it either, I’m sure there were people before me but I think when I put it up it just caught on and people started saying it too — people usually catch onto something they like so I guess it was one of those things.

Sometimes people don’t even say, “Hey Pauly” they just come up and say, “Hey do you root?” and I just say, “Hey I do!”

What advice would you give to those who are trying to make it on YouTube? Anything to look out for?

Well, there are a few things you need to be prepared for if this is something that you would like to take seriously. Firstly, you need to be prepared to accept a few facts, for example, you’ll receive a lot more attention because that comes with the territory, but be aware there will always be people trying to put you down. This means you’ll be more open to judgment and people you don’t know will try and weigh in on your life decisions, but this is something that you can just shine through, so accept it and move forward

Secondly, be ready for some hard work so respect your art, whether it’s painting, comedy or whatever it may be, do what you do best while focusing on the positives, despite the negativity around you.

Lastly, don’t let anyone knock you or sway you from what you want to do. If you stay true to who you are and don’t oversell it; just be yourself, and be unique, then you’ll be all right.

What was the biggest trial that you faced? How did you overcome it?

It would have to be the stares and judgement that you feel when you go out, but as long as you’re staying true to yourself it becomes easier to ignore. If you think about it, people are going to judge you regardless so you may as well do what makes you happy.

So if you remember that, it gets easier. I mean at the end of the day they were only insignificant opinions and I guarantee the good really outweighs the bad by a lot.

On top of that I was getting extra money, having fun doing what I wanted and traveling around Australia doing shows so how important could their judgment really be?

One thing though, it’s pretty tough to settle down and have a relationship with all of the attention you receive — so bear that in mind.

So where were you born and where did you grow up?

I was born in Sydney near Liverpool, Fairfield Hospital, I think. It was when my dad first came to Australia he lived there and met my mom. We lived in a little townhouse until I was about 5 and when I was 6 we moved to Victoria in Fountain Gate, Narre Warren and we’ve been here ever since.

Its weird that I came up from Sydney now that I think about it because I’ve been here for so long.

I was with a group of friends and we were watching an ad on TV of Randy Couture and the door gym “You’ve got a door, you’ve got a gym” and you could see clearly that these guys weren’t this massive because of a door, so I told one of my mates to grab the camera and I stood in front of it and whipped off my shirt and just started

“You’ve got a door you’ve got a gym!” and I started humping the door and having a laugh.

I uploaded it to Youtube for a laugh and at first I got 11 views. I remember thinking to myself “Woah! 11 views that’s awesome!” so I posted it on Facebook and it got a hundred views which was even more exciting. Next thing you know it had thousand views on the video and people kept coming up to me saying I should do more and people were inboxing me to say, “That’s so true!”.

It’s what kept me going, just getting that feedback and people were enjoying what I was doing but that’s where it all started really. I was about 17 years when I first got into it, so quite a while now.

Absolutely, the world needs more personalities to love. I feel like the world is getting more and more scared of judgement and what people think. Or people always say they don’t want to do things because they’re not cool or not in. But if you really want to do it, just do it because it’s such a rewarding experience.

So what’s next for you? What can we expect from MrPauly1992 in the next few years?

I want to try something more serious and get into the nitty gritty of how people are feeling and get to know what the people want.

I’d also love to work on being the voice for people in the community below the age of 25 because it feels as though there are a lot of people looking out for those younger and older but no one truly there to look out for us and our interests. If that can help people I’d love to do that.

It’s also because I have a lot of Muslim friends and Christian friends and I just want to get a few opinions across, and let them be heard. Many people are brushed with the same brush, and I want to show that there are a lot of good people in this world regardless of where you’re from or what you believe.

If there is one thing that you could be remembered for, what would it be?

I would’ve loved to be remembered as the rich millionaire with a lot of money banging a bunch of birds but that’s not whats going to happen, Dan Bilzerian is doing that one a bit too well so it’s already taken.

“Do what you want to do in this world, don’t get knocked by the naysayers”

“Be unique and don’t be afraid of being yourself”

“Show empathy and not sympathy”

And, finally, just keep being you.

MNDSCTY: Mind Society on a Mission 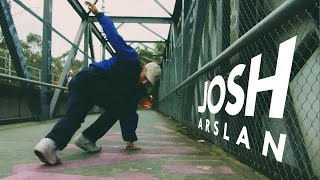 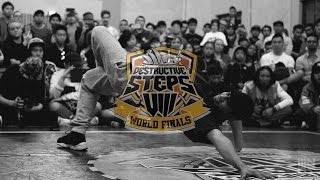